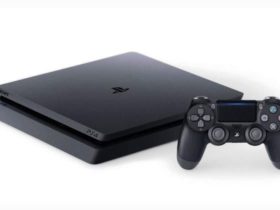 Last September, Nintendo released the Switch Lite, a version of its more mobile-oriented hybrid console, but the Japanese firm has in its boxes a Switch Pro with a new processor and improved performance. Today, we learn that it would not be as powerful as expected, along with its release date.

A recent rumor announced that Nintendo planned a Switch Pro which would be able to display games in 4K in order to oppose the Xbox Series X and the PlayStation 5. Apparently, this would not be the case even if the new processor of the console from Nvidia is more powerful than the Tegra X1 that is currently found on the hybrid console.

Moreover, the players of the Switch expect from Nintendo various improvements such as the replacement of the LCD screen by an OLED panel of better quality and above all less energy-consuming hardware.

To return to this famous processor, it would not display 4K, but its power would allow the console to be more comfortable in Full HD 1080P, antialiasing, and could even manage Ray Tracing. The most interesting would be to have a constant 60 FPS in 1080p for this console.

In terms of autonomy, it would be revised upwards with a new battery with a larger capacity. Thanks to an OLED panel and a more finely engraved processor, the Switch Pro would also be less energy-consuming.

As for the release date, Nintendo Switch Pro is scheduled to release in Christmas 2020. What do you think about this report? Let us know about your opinions in the comments below.