It’s time to get ready for the next Pokemon game – it’s time to start pre-ordering Pokemon Scarlet and Violet! Yes, Pokemon Scarlet and Pokemon Violet are now available for preorder from major online retailers. You can preorder any of the games alone for $59.99 or you can buy the Pokémon Scarlet & Pokémon Violet Double Pack which is available at $119.99. As a preorder bonus, people can get a special Pikachu that will be available to claim until February 2023 with the Mystery Gift feature. 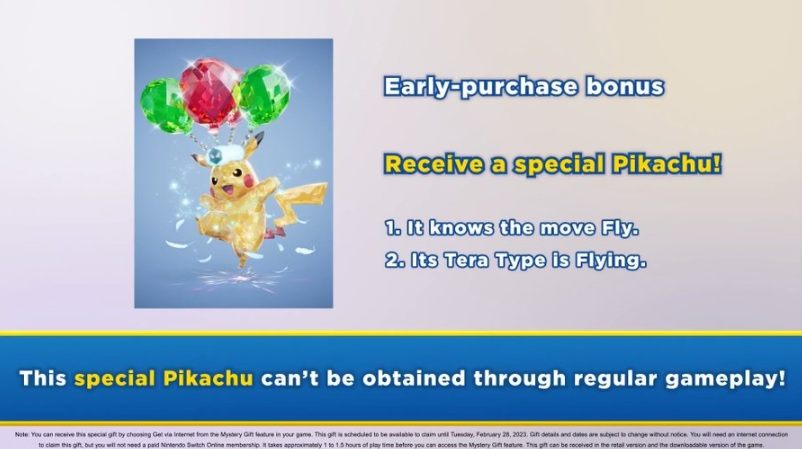 Here is how you can claim this special Pichaku as an early bonus for purchasing Pokémon Scarlet or Pokémon Violet.

Pokemon Scarlet and Violet will feature three new starters, a grass-type kitten named Sprigatito, a fire-type Pokémon called Fuecoco, and a water-duck named Quaxly. Legendary Pokemon, meanwhile, has been confirmed as Koraidon and Miradon. These three new starters are sure to make the game a hit!

The first generation-nine Pokemon games are slated to release on Nintendo Switch on November 18. To get an early peek at the games, you can pre-order them now at most major retailers. You can also pre-order them from the Nintendo Switch eShop. This new game will introduce a whole new region and a new set of Pokemon. As always, you can save even more money by pre-ordering the game early!

You can watch the Pokemon Scarlet and Pokemon Violet trailer here.