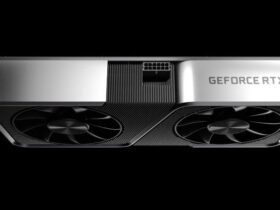 In the most recent titles of Pokemon Sword and Shield, the Surprise Trade function was introduced, which allows exchanging Pokemon with strangers without knowing which one will be received in return. It is an interesting function, however, lately, it has been causing a malfunction due to misuse of it.

In recent days it was learned that some players found a way to generate Pokemon that are not available within the title and have begun to distribute them through internet exchanges with people from all over the world. No inconvenience had appeared beyond owning unofficial Pokemon, but recently this problem became more serious, as it began to affect some players of the game.

According to Twitter user Kaphotics, there have been cases of many players that indicate that Pokemon generated for malicious purposes are causing crashes in Pokemon Sword and Shield. As reported by the user, the most affected are those who receive these Pokemon through Surprise Trade, since when trying to access the functions online (through Y-COM) the game stops working, thus disabling any type of interaction online.

Beware! There's a bug in Sword/Shield that can crash your game if you receive a maliciously crafted Pokémon via Surprise Trade. It'll crash your game when you try to access online features (via Y-COM), preventing online interactions until a patch is released.

It is necessary to clarify that this does not mean that your save file will be corrupted if you receive an altered Pokemon. What happens is that the creature will be waiting for you to receive it, but it will not be possible to do so, so you will not be able to use any internet function.

Those who receive these unofficially altered Pokemon through another form of exchange will also have crashing problems, but only once, so it is advised that once they start the game again they locate the Pokemon and release it.

For now, there is no official solution, so players are advised to avoid such exchanges until Game Freak and The Pokemon Company release a patch quickly to solve this issue.

In recent news, Pokemon Sword and Shield received 35 Pokemon officially. On the other hand, Nintendo blacklisted the website that leaked vital information about the game in November 2019.