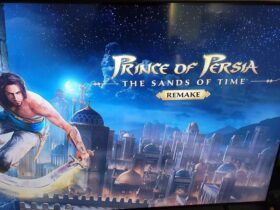 Prince of Persia: The Sands Of Time Remake Short Video Leaks Ahead of Ubisoft Forward

On April 16 yesterday, Sony released a 7.50 system update for PS4. In the brief patch notes, it was only mentioned that it would serve for improving “system performance.” However, in the subreddit dedicated to the console, many players were complaining about problems after the update that affected the operation of the console, the Internet connection, and the Blu-ray player, among other things.

One of the errors reported by several users implies that the console restarts again and again after the update. The TV or monitor does not receive a video signal, and the system turns on and off continuously. A similar error has occurred to other players: the machine turns on, but does not transmit a signal through the HDMI.

Another player complains that the console does not read the disc that was inserted in the Blu-rays reader before installing the update, and that the button to remove the disc does not work either. Other users are having problems with the hard drive, which does not recognize the game’s installation data even though it is installed.

Some users have not even been able to install the update: they get the error code “SU-42118-6”. This bug, which is not new, but has resurfaced with the latest patch, has to do with issues with the disc reader. It appears to be random, as one of the affected players says they have not used the reader for the entire generation.

A less frequent error, but also reported by several players, has to do with the loss of internet connection from the console. Some say that the Ethernet port has stopped working, and others that the update has even affected the router, leaving its ports or wireless connection useless.

If you have any problem installing the update, we recommend starting the console in safe mode (pressing the power button for 10 seconds) and installing the patch from a USB.