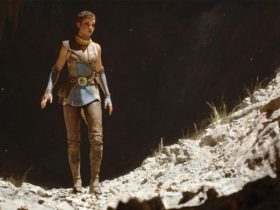 Unreal Engine 5 Announced by Epic Games, Will Release in 2021

According to the information supposedly leaked from the Videocardz website, those who will buy the RX 5700 XT graphics card, will get free copies of Resident Evil 3 remake and Monster Hunter World: Iceborne Master Edition. This offer will be available to all those who will purchase the GPU between February 4, 2020 and April 25 of the same year.

In addition, all those who get the series Radeon RX 500 – RX 5000 (including Radeon VII) will get 3 free months of Xbox Games Pass for PC.

On the other hand, all those who manage to get an RX 5500 XT can get up to three games: Resident Evil 3, Tom’s Clancy’s Ghost Recon Breakpoint and Warcraft III: Reforged.

For now do not forget that the Resident Evil 3 remake is already confirmed for Xbox One, PlayStation 4 and PC and it will release on April 3. In addition, a new trailer was recently published on the PlayStation YouTube channel where we could see a new preview of the Nemesis. No doubt this enemy seems to be a greater danger compared to Mr. X of Resident Evil 2 Remake.

As some information stated, Nemesis will enjoy an artificial intelligence improved to that of the RE2 Tyrant. These sources also claimed that Carlos will be a playable character, that the mutant worms will return and that there will be no Mercenary Mode.