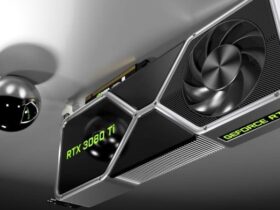 Formalized last December as part of the last State of Play, Resident Evil 3 Remake starts again today with the sharing of this second trailer in which the action goes up a notch for Jill Valentine.

Jill, who crosses the path of Carlos Oliveira and the other members of the squad of Biohazard Countermeasure Service, is struggling to control anything yet in this Raccoon City in distress and where the Nemesis threatens to arise at every moment. Knowing perfectly how to use its arsenal of flame throwers and other rocket launchers with laser aiming, this colossal biological weapon will hunt down the actress everywhere during the adventure despite Jill’s efforts to destroy its carcass which is constantly regenerating.

Capcom has also confirmed that the player will take control of Carlos at several key moments in the adventure, this security officer is determined to ignore his instructions to discover the truth about the dark actions of Umbrella.

Resident Evil 3 Remake will release on April 3rd, 2020 on PC (Steam), PlayStation 4 and Xbox One. The completely newly developed remake is based on the RE Engine, which has already been used in games such as Resident Evil 7 biohazard, Resident Evil 2 (Remake) and Devil May Cry 5. Project Resistance will also be included under the new title “Resident Evil Resistance” as an asymmetrical multiplayer mode in the RE3 remake.

Check out the Nemesis trailer below.