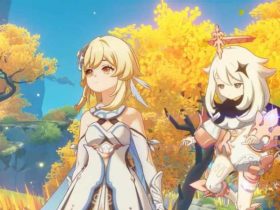 As every year since its launch, speculation about the games that could come out on Nintendo Switch is attracting a lot of attention and it seems that 2020 will not be the exception. Although there is still nothing official about it, the databases of some stores in different parts of the world have already set aside spaces for launches on the hybrid console and the most recent leak has to do with the possible arrival of Saints Row IV on Switch.

As has happened on previous occasions regarding debuts on Switch, the revelation path begins with leaks in the sale listings of some stores and recently GameXplain discovered that 2 French online stores have published Saints Row IV: Re-Elected for Nintendo Switch, although moments later the announcements were removed.

According to the information, this definitive edition of the sandbox of Volition would arrive for the hybrid console on March 27, although it must be taken into account that there is nothing confirmed by Nintendo, or Deep Silver or Koch Media, owner of the distributor.

However, it is important to mention that the names of Deep Silver and Koch Media have recently come into the picture for the hybrid console as publications from a store revealed that Metro Redux, an edition that includes the improved versions of Metro: 2033 and Metro: Last Light, will also release for Switch, although they have not been confirmed, so it would not be uncommon for companies to take advantage to launch this game and Saints Row IV.

What do you think about it? Stay tuned for more information.