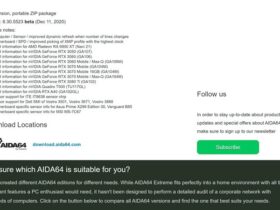 Similarly like the announcement of Crysis, the shooter-title of Crytek, after almost two years of inactivity, the official Twitter account of the Mafia gaming series has mysteriously returned with a single word: “Family”. Could they be teasing the immediate arrival of Mafia 4 or Mafia 2 Remaster/Remake?

According to the Tweet that you can check below, the Mafia Twitter profile has limited itself by sending a message with the words “Family” and nothing else. Fans of the series immediately began to speculate about an imminent announcement of a game in the series. Many of them are even asking to release a completely new Mafia 4. Rumors about a next-gen Mafia 4 was recently leaked that you can check at this link.

However, Mafia 2 was released in the year 2010 on April 23. So, it might be possible that the company will celebrate its 10th year anniversary with the announcement of Mafia 2 Remaster/Remake.

And if this was not enough, the video game journalist Geoff Keighley in recent days has anticipated an announcement of a game in the next week on May 12 as part of the Summer Game Fest, and it is not to be excluded that on this occasion 2K Games might present its latest work in the Mafia series.

Additionally, a few weeks ago the Taiwan rating board rated Mafia 2: Definitive Edition and Mafia 3: Definitive Edition, which could mean that the remastered versions with all the DLCs of the last two chapters of the franchise are going to release soon.