First expected on PC, iOS, Android and then announced on PlayStation 4 last August, the open-world action-RPG Genshin Impact will be also released all over the world on Nintendo Switch. And this during the year 2020, if however, the plans of the Chinese studio MiHoYo have not changed.

The pretty colorful world of this title, whose release on Switch will perhaps calm some of the most vehement fans of Breath of the Wild whose Chinese game is accused of being inspired too directly by some aspects, can already be discovered through the manga that MiHoYo has published on the official site of the game.

While announcing this Switch version, MiHoYo published a new video to reveal The Mystical Land of the Thousand Rocks, one of the regions of the world of Teyvat.

“As per our current planning, Teyvat has seven major city-states, and Mondstadt is just one of them. Of course, there will be many other important sites as well. CB1 only revealed about 30% of the whole game world, which will keep expanding, even after the official release. The fascinating stories of The Seven and the world of Genshin Impact could take years to tell. On that note, Liyue will probably be making its debut in the next large-scale open beta,” can be read in a Q&A posted on the official website at the following link.

You can watch the official announcement trailer of the game for Nintendo Switch below. 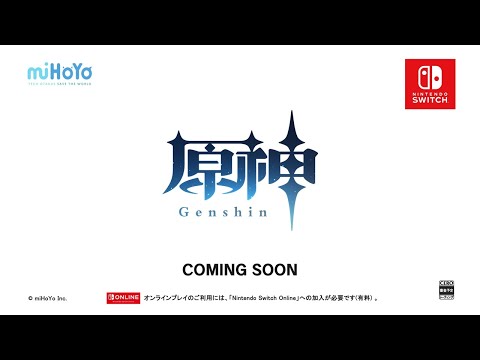