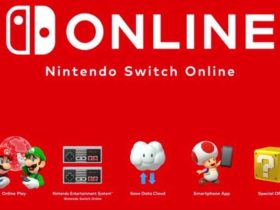 Skater XL was dated to release on PC, PS4 and Xbox One as early as July 7 this year. Unfortunately, representatives of Easy Day Studios decided to delay the release date of their production.

The new release date of Skater XL for PC, PS4, and Xbox One is July 28. The Nintendo Switch version remains delayed indefinitely. The developer did not give the reason for the delay, but assured that in the coming weeks more information related to the oncoming game will be announced.

You can check the message given by the developers in the statements below:

What is up, guys! We just wanted to let you know that 1.0 will be launching on July 28, a few weeks later than the original date.

Despite our best efforts, and due in part to things out of our control, we will be moving the physical and digital launch of Skater XL 1.0 on PlayStation 4, Xbox One, and PC to July 28. We will also be announcing a new launch date for Nintendo Switch in the coming weeks. We appreciate everyone’s patience as we work to finalize the game.

We appreciate your understanding and want to thank you for all your support!

Skater XL is now available on Steam in the Early Access version. Are you waiting for the full version of this title to come? Tell us in the comments below.