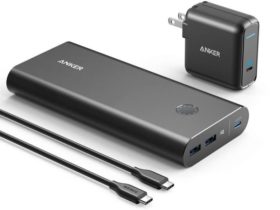 Since it emerged as a rumor, part of the attention around the remastered version Call of Duty: Modern Warfare 2 has focused on what would happen to the controversial mission of “No Russian”, optional in the original version, as its content could give rise to controversies today. Today, Call of Duty: Modern Warfare 2 Remastered became a reality and the controversy around the “No Russian” mission started with Sony’s refusal to sell the game in Russia.

Through the official Twitter account of Call of Duty Russia, Activision revealed that it was the decision of Sony Interactive Entertainment not to sell Call of Duty: Modern Warfare 2 Remastered on the Russian PS Store. Although the company did not report the reason, it is almost certain that the games division of the Japanese company is avoiding the controversy surrounding the mission “No Russian”, which is included in the remastering.

Despite this, Activision reported that they will launch the remastered version of the game in its versions for Xbox One and on PC via Battle.net in the European country.

It is worth mentioning that, at the time of writing this news, the “No Russian” mission had to be withdrawn from Call of Duty: Modern Warfare 2 in its Russian edition to avoid problems, at that time the decision was made by Activision. As you know, this mission is known for capturing a terrorist attack in a video game in which civilians are killed at an airport.

At the moment there is no statement from Sony. Hopefully, this situation will be cleared up as soon as possible. Meanwhile, PlayStation 4 users in the rest of the world can now enjoy the remastered version of the game.

Call of Duty: Modern Warfare 2 Remastered is available on PS4 and will later release on Xbox One and PC. So far, this version only offers the remastered version of the campaign and there is no information about any multiplayer component.