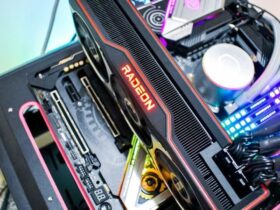 There are many rumors circulating for a long time that ensure that a new Super Mario 3D World will release on Nintendo Switch. Although at the moment there is nothing confirmed, an online store has already listed it in its database for Nintendo Switch.

What happened is that Best Buy, the popular retail store for different products, registered in its database a product page of Super Mario 3D World for the Nintendo Switch. It only mentions that it will be a game that will cost $59.99 USD. It is important to mention that, for the moment, the product page exists, but it is not yet active.

The listing is not activated but there's a listing for Super Mario 3D World for Switch at Best Buy. SKU # is 6352130. It has a price tag of $60 currently.

Take it with a grain of salt but given the Mario rumors from a few weeks ago, it's likely this game is coming pic.twitter.com/VZ3qFx1FZs

There is no doubt that many will see this as a definitive clue confirming that the title is coming to Nintendo Switch. However, the reality is that it is far from official. What happened is that, as we saw last week, in many cases these records can have errors. So, we should better take it with a grain of salt. If at any time Nintendo confirms this port we will let you know.

Super Mario 3D World debuted in November 2013 exclusively for Nintendo Wii U. And what about you, would you like to play this Wii title on Nintendo Switch? Tell us in the comments below.