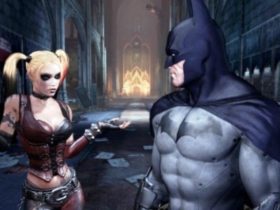 Microsoft has trademarked a new logo for the Xbox Series X. You can check the new logo at the bottom of this news and the trademarked registration link here.

Microsoft already had a new logo for the Xbox Series X trademarked on April 16, 2020. This has been done at the “United States Patent & Trademark Office” and it is quite possible that the design will soon be used for promotional purposes, perhaps as early as next month.

The logo displays vertical letters next to the well-known large X symbol. This trademark will reportedly be pinned on various products such as software, hardware, electronics, consoles, games, shirts, shoes, school bags, gloves, and others.

This logo might also appear on retail packaging for the next-gen console of Microsoft. The public might also see the “S” Series trademarks that will be revealed by the company.

As is known, there could be several variants of the latest Xbox, the Xbox Series X and the cheaper version of the Xbox Series S. The latest game console is expected to launch later this year.

At the moment, the rumor persists that there will be an unveiling event around the next-gen console of Microsoft in May 2020. We will keep you up to date. It’s worth assuming that this logo might appear on the retail packaging of the next-gen console of Microsoft, which might be a little different than usual given its parallelepiped form factor. It probably won’t be long until we see an ‘S’ series mark to go with it.