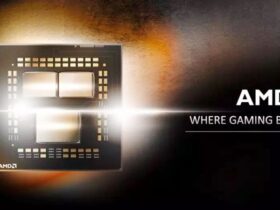 Ubisoft previously confirmed that at least five AAA-titles are planned to be released by March 2021. In addition to the first leaks that hints to a new Assassin’s Creed title, it is also estimated that a new Far Cry 6 game is among these five titles.

Far Cry 6 will be produced by Ubisoft Toronto with the development studio Ubisoft Reflections based in Newcastle. Both have worked on previous games of Far Cry. There should not be a new Splinter Cell part, at least in the specified release period.

Anyone holding out hope for Splinter Cell is, once again, going to be disappointed. Sorry! (It’s AC and Far Cry.) https://t.co/7hKDV3y5QS

A leak from the Reddit user karmaecrivain94 provides another indication that a new Far Cry title is under development. Accordingly, the same user participated in a market research survey in 2019, in which Ubisoft asked fans about a potential location for a new Far Cry game.

The choices included Alaska, the Sahara Desert, another planet, and North Korea. However, participants in the survey were also able to submit their own proposals. However, a Far Cry 6 release should not be expected until the beginning of 2021, because the releases of the next Ubisoft titles such as Watch Dogs: Legion, Gods & Monsters, and Rainbow Six: Quarantine are already planned to release in 2020.

Is Vaas returning in Far Cry 6?

For many fans, Far Cry 3 is the most popular part of the franchise, which is particularly due to the villain Vaas Montenegro. The pirate leader is one of the most popular video game antagonists and has remained in the mind of gamers, among other things, through his legendary speech about the definition of madness.

Wouldn’t it be insanely cool if the antagonist makes a comeback in Far Cry 6? That’s exactly what actor Michael Mando, who embodies Vaas in Far Cry 3, recently teased. During a Reddit Q&A in April 2020, Mando made reference to his Far Cry role in the following manner:

“Vaas is my spirit animal – having co-created that character is something that will always be dear to me. I still get recognized as Vaas, and I still feel the outpouring of love for that character – makes me very happy. Who knows… maybe I will reprise the role very soon.”

A return of the popular character would definitely please many fans and will surely contribute to the success of Far Cry 6. As soon as there is more information about Far Cry 6 and its antagonists, we will notify you as soon as possible.