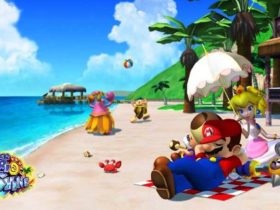 Last week we reported that Nintendo confirmed that Switch is entering the middle of its life cycle. Among other things, it was announced that the Nintendo Switch family now has over 50 million consoles sold. Shuntaro Furukawa, the President of Nintendo, also commented on the challenges of the gaming industry last month.

Information from the Q&A part of the financial report has now been translated. We have translated these from Japanese to the English language below.

Furukawa thinks about the life cycle of the Nintendo Switch that will be different at the beginning of the fourth year. Since it is not just a pure home console, but can also be used as a handheld, a selection based on your own lifestyle is better possible. In terms of hardware, he is considering a variety of expansion options. As for the software, he said that the focus would be on the Nintendo Switch with its growing user base.

The Nintendo Switch will soon have been on sale for three years. We feel it is a different kind of console than the ones we have previously released. In addition to the flagship Switch model, we also released the Nintendo Switch Lite which can only be played as a handheld. This allows the user to choose a console to fit their lifestyle.

We are also looking into the current market and feel there are many different ways to think about future console development. On the other hand, software is also very important. So in the short term, while the Nintendo Switch install base continues to expand, we must place a lot of focus on that. By placing our main focus on the Nintendo Switch, we feel we can have a very different (longer) hardware life cycle than previous Nintendo consoles.

What do you think about these statements? What is your opinion about the current Nintendo President? Tell us in the comments below.