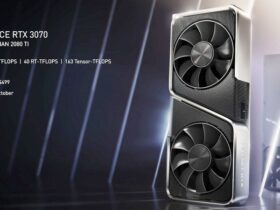 Many fans are waiting for a sequel to The Witcher 3: Wild Hunt and there are also those who hope to be able to play as Ciri as a lead character in a new game. You will be glad to know that the idea does not displease the scriptwriter of the saga at all, that could be implemented in a hypothetical The Witcher 4.

In addition, many fans are also having a wish in mind to see Ciri as the main lead character of the new adventure. Moreover, the female protagonist was also a playable character in the world of The Witcher 3: Wild Hunt. In 2018, the voice actor of Geralt also raised his voice suggesting this idea.

In that sense, in an interview with VG247 website, the screenwriter of the CDPR game, Jakub Szamałek, talked about this idea and confessed that it is an “interesting question.” He also added the following: “I regret we didn’t get to explore Ciri’s past a bit more. She’s such an amazingly rich and complex character.”

Szamałek also added that he hopes to see the return of the character in the future title: “Due to obvious reasons – well, she’s pretty much gone for two-thirds of the game – she didn’t get quite as much screen time as we writers would have liked. But hey, maybe it’s something we’ll get to get back to in the future.”

In short, it is possible that sooner or later we will definitely see The Witcher 4, with Ciri as the protagonist of the game, apparently. What do you think about it? Tell us in the comments below.