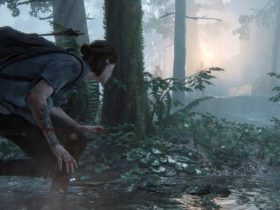 InXile Entertainment is currently finishing Wasteland 3, but is already thinking about the future. As you already know, the Xbox Game Studios studio is working on a new single-player RPG with action elements for the Xbox One, PC, and Xbox Series X, for which the studio has not revealed many details yet.

“We’re excited to share more, although it’ll be a while. Focusing on finishing Wasteland 3 and getting it into people’s hands-on Aug. 28,” says the company. “We will indeed be using Unreal Engine 5 for our next project.”

Thank you. We’re excited to share more, although it’ll be a while. Focusing on finishing Wasteland 3 and getting it into people’s hands on Aug. 28. We will indeed be using Unreal Engine 5 for our next project.

A new AAA singleplayer game with large-scale action elements and developed with Unreal Engine 5 for Microsoft platforms, this is what inXile is preparing for its long-term future. It can be assumed that the new project, in theory, will take a couple of years. Thus, cross-gen production seems unlikely in 2022 or 2023.

Unfortunately, there is not much information to add. It will be interesting to see if the next inXile game will have an isometric view. On the side of Unreal Engine 5, the graphics engine was introduced on May 13th. On it, developers will be able to create full-fledged next-gen games for PCs and consoles. A demo was revealed on PlayStation 5 to introduce the new graphics engine.

Wasteland 3 release is scheduled for August 28th on PC, Xbox One, and PS4. The game was delayed for three months due to the coronavirus pandemic.