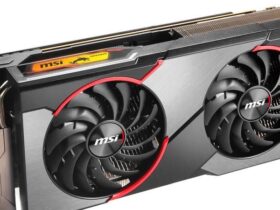 Review Bomb on Metacritic has become a trend with almost every exclusive launch of Nintendo Switch: we refer to the fact that the players angry with the features of the game, they go to the note aggregator to leave ratings of “0” and comments showing their frustration, lowering the average score of the players. Animal Crossing: New Horizons has an average of 91 in critical ratings (with 58 reviews), while the players’ score has a 6.5 (with 628 scores).

Among the opinions of the users, there are 218 negatives of Animal Crossing: New Horizons at the time of writing this news, most of them with a score of zero. “Bought to play with the wife. While it is possible, we can’t have our own islands. After research, Nintendo has apparently LOCKED EACH SWITCH CONSOLE to one island each,” says user Cloud07, who explains that he cannot donate to the museum, place buildings or invite other animals to its island.

“If you have more than one person in your home that wants to play the game, you need two Switches,” writes necal. “Worst decision I have ever seen, this even beats EA. Congratulations Nintendo, you have officially become the worst video game company this year!”

“The limitation of one island per Switch (not per cartridge, per Switch) is nonsensical. It‘s obvious Nintendo is just trying to sell more Switch consoles… Sorry but this is an instant 0/10,” points tb726 user.

“The objectives of the game are not clear, there are multiple tasks but none lead to a greater objective or at least I did not see any interesting narrative that was spun in the background,” says SothisFeet, who assures that it is the first Animal Crossing he is playing the game and that he has scored the title with a 0/10. “It’s sad and embarrassing that having superior hardware such as the Nintendo Switch the developer has opted for that annoying world in the perspective of the roller and they would not make the jump to the more open world as other sagas have done.”

Over the past few months, many other Nintendo games have received a flurry of negative reviews: it happened with Astral Chain, Pokemon Sword and Shield, Pokemon Let’s Go, and Fire Emblem: Three Houses. Metacritic itself moderated those comments, removing thousands of negative votes.