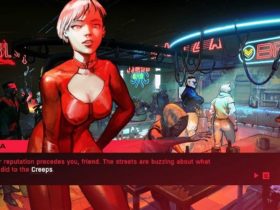 The next game in the franchise of Assassin’s Creed from Ubisoft, Assassin’s Creed Viking, will be revealed today, according to newly leaked information by the well-known video game news reporter, Jason Schreier.

Ubisoft has not yet officially revealed its next Assassin’s Creed game, but the announcement may be closer than you think. In fact, the game may well be announced today. In the last week, the well-known leaker, Shinobi, was asked when the game would be announced, after which he replied very “soon.”

In the past few minutes today, the video game news reporter, Jason Schreier, has leaked information via his Twitter account that he was “stoked to finally see Vikings” just before the official announcement of a new Assassin’s Creed game. He later also confessed that there “may just be a dripfeed teaser with a proper gameplay reveal next week” for the new Assassin’s Creed. So, today we might only see a bit of a teaser trailer for the new game of Ubisoft.

Assassin's Creed Odyssey was so damn good — stoked to finally see Vikings (although this may just be a dripfeed teaser with a proper gameplay reveal next week) https://t.co/zp3bqPTvKd

So it definitely seems that Assassin’s Creed Viking-themed game should be announced today, suggesting a reveal of the next title for the PS5 and Xbox X Series. Similar to this generation, most of the upcoming third-party games will be intergenerational titles, and as suggested by Jason Schreier, this will also apply to the next title of Ubisoft.

About the release date, in a new Amazon French list, there is a new Assassin’s Creed novel coming on November 17. Interestingly, the keywords attached to this novel are, among others, “Ragnarok”, “Valhalla” and “Viking”.

Stay tuned for more information about this title.