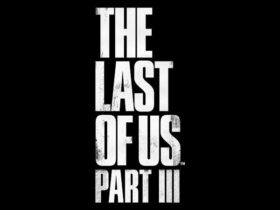 There is no doubt that Persona has become one of the most important franchises of Atlus. Unfortunately, this series is not well known on Nintendo consoles because the mainline is only available in the PlayStation family of systems in this generation. This does not mean, however, that users are not interested in the franchise, as they recently made their voice heard, which shows a great interest they have in playing it on Nintendo Switch.

A few days ago, Atlus conducted a survey to measure the interest of Nintendo Switch players in their franchises, such as Catherine and Persona. Specifically, the survey asked if users were interested in testing previous releases of Atlus games on Nintendo Switch in the form of ports. “If previous Atlus games (games which can be played on other hardware, without adding additional elements) were ported to the Nintendo Switch, would you want to play them?” reads a question in the survey.

Recently, just a few days after the survey was carried out, the Japanese Atlus account on Twitter announced that “it sounds like this is the most feedback they’ve ever received,” reports Reddit user KoholintDX.

In recent years, Persona popularity has increased thanks, in part, to Joker’s presence in Super Smash Bros. Ultimate, a flagship title of Nintendo Switch that has led the series to more audiences. Because of this, we do not doubt that fans of the Big N are interested in knowing the mainline of the franchise or even other Atlus series, such as Catherine: Full Body, which is only available on PlayStation 4. However, the results of the surveys don’t mean that Atlus will take their titles to the Nintendo system, but it could motivate the company to do so.

Fortunately for Nintendo players, they will soon be able to play a new installment of the franchise, since Persona 5 Scramble will debut shortly and it will be a completely new title that will serve as a sequel to Persona 5. Another way to play with a character in the series is through Super Smash Bros. Ultimate because Joker is one of the selectable fighters.

What do you think about this? Are you one of the players who want to see more Persona games on Nintendo Switch? Tell us in the comments below.