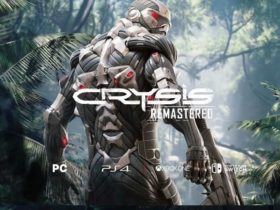 The developers of Typhoon Studios do not hide their desire to port Journey to the Savage Planet to Nintendo Switch: it is confirmed by Alex Hutchinson, co-creator of the company, during an interview granted to GamingBolt.

Although Google bought the Typhoon Studios for Stadia just a few weeks ago, the boss of the sparkling Canadian software house, therefore, continues to look to the multiplatform and, in this case, to the hybrid console of the Kyoto house as a new landing place for the skiing-fi experience of Journey to the Savage Planet.

According to Hutchinson, in fact, although the Typhoon team has not yet announced anything about it, the possibility of the arrival of the title on the hybrid console of the Big N is something that they are “looking into” before commenting that Switch would be “a perfect fit” for the game.

In recent days, the same boss of Typhoon Studios has discussed the potential of PS5 and Xbox Series X, sharing his opinion on cloud gaming and on the possibility offered by the specifications of the next-gen consoles to create large-scale simulations.

So it will be interesting to see whether something will happen. In any case, this statement sounds very good. The first-person action-adventure title is available for the PC, Xbox One and PlayStation 4 for about two weeks now.

In recent news, Nintendo confirmed that Switch will have a longer life cycle than its predecessors. On the other hand, 30% of Switch Lite owners already have a Nintendo Switch.