Biostar TZ590-BTC Duo Motherboard for Cryptocurrency Mining. The new Biostar TZ590-BTC DUO motherboard, based on the Z590 Chipset, is a powerhouse designed to handle gaming and leisure content consumption like a champ. It also excels in mining activities such as Chia-coin mining and ETH mining.

The TZ590-BTC DUO motherboard, with features and capabilities to lure mining aficionados, boasts outstanding performance for mining Chia-coins and ETH at the same time thanks to its clever design. Chia-coin miners will profit tremendously from the 10x SATA III Connector (6Gb/s) connections and 4 x M.2 Key M Slots for maximum storage capacity. It also has 8 PCIe 3.0 slots and a single PCIe 4.0 x16 slot for graphic card expansion, allowing users to mine Chia-coins and game at the same time, or mine ETH while mining Chia coins. 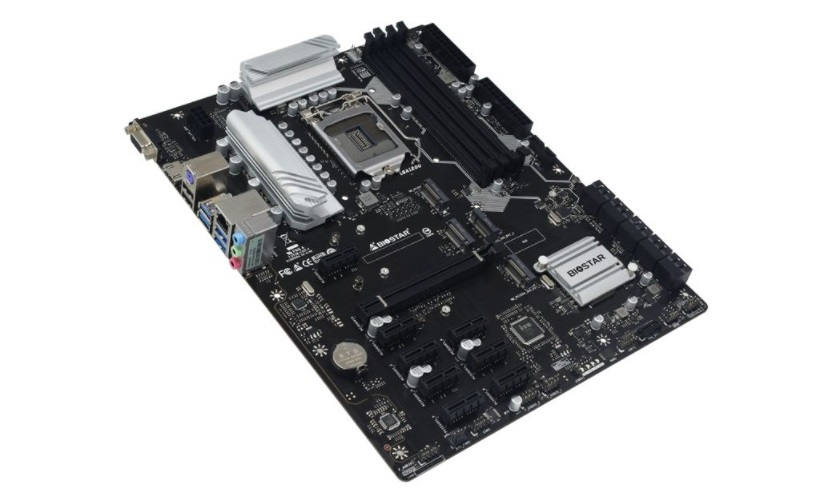 The new TZ590-BTC DUO motherboard’s back I/O panel is jam-packed with all the necessities in an ATX form factor. It has six USB ports, with four USB 3.2 (Gen1) connectors and two USB 2.0 ports. A single 1 x PS/2 Keyboard / Mouse Port provides additional connection for customers who want to connect an outdated device to the system. For rapid internet access, a single LAN port powered by the Intel® I219V chipset is provided.

This motherboard has a single VGA-Out port as well as an HDMI port for visual output, resulting in vibrant, crystal-clear images. In addition, the ALC887 chipset controls three strong audio ports, providing an immersive audio-visual experience.

Overall, BIOSTAR’s revolutionary new motherboard has provided users with a plethora of options. The new TZ590-BTC DUO motherboard stands out for its reliability, performance, and cutting-edge technology, making it one of the finest alternatives for mining operations and even recreational usage.