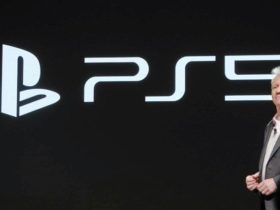 Has Jim Ryan Vaguely Offered A Clue That PS5 Console Design Will Be Revealed Soon?

GPU-Z is now getting ready for the launch of future graphics cards with the 2.35.0 update, which adds support for AMD Radeon RX 6000 Series GPUs, also known as Big Navi, and Intel DG1.

We remind you that the next graphic cards of the Sunnyvale company, whose official presentation is scheduled for the 28th of this month, will be based on the RDNA2 architecture, also used in the Sony Playstation 5 and Xbox Series X|S consoles, and will compete with the range of NVIDIA GeForce RTX 30 GPUs, currently, unfortunately, not available.

AMD gave some tidbits of the Radeon RX 6000 series at the press conference regarding its Ryzen 5000 CPUs, revealing similar performance to the rival GeForce RTX 3080 at 4K resolution.

Obviously, this is only data released solely by AMD and it has not been revealed which model of graphics card was used exactly to achieve those results, but it certainly has revived the interest of users for the new proposals.

The GPU-Z update also added support for the Intel DG1 discrete graphics card. The Intel Xe DG1 chip will also be used in laptops equipped with Tiger Lake processors. Intel has already launched its Tiger Lake processors, but, curiously, the company has not yet revealed the expected arrival date for laptops with DG1.

Download the latest GPU-Z 3.35.0 Utility by visiting this link.