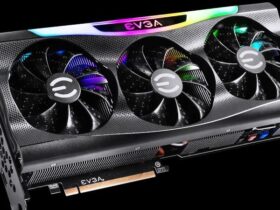 After the launch of Batman Arkham Knight almost five years ago, many fans of the Batman have shouted in the sky calling for a new installment of the most famous superhero of all time. Thus, the hero of DC, who revolutionized the conception of these in the industry thanks to the excellent trilogy of Rocksteady, has been at the center of the rumors, existing in each fair or event the possibility of seeing a new title that does not end or confirm or exist. And, waiting to know if this is a reality or not, it seems to have leaked an art of the Batman in one of its most iconic vehicles: the Batcycle.

With the story already closed, there are many who wonder what a hypothetical fourth installment of the Batman Arkham saga would have to offer. This, which conquered both public and critics, is a trilogy that gives little more of itself, which is why rumors begin to point towards a hypothetical restart that would be the first step to a future installment of the Justice League .

For now, we do not know if this information can be taken as truthful or not, but a title with heroes such as Batman, Superman or Wonder Woman would definitely encourage its fanbase. And, with Damian Wayne’s canceled game still in memory, it seems we won’t have to say goodbye to this project at all.

Expect a lot of things from the cancelled Damian game to be in this new Batman game. Most likely of them, the batcycle. pic.twitter.com/2fmlr23t6D

Thus, James Sigfield, the same user who leaked the intention of Warner and DC to carry out a restart in the franchise, has been responsible for sharing this model of the Barman on his Batcycle. If true, it seems that Batman would not be dressed in his iconic cape, an event that has taken more than one by surprise.

As for a release date, according to rumors, several sources cite autumn as the season chosen for its launch, pointing out that this would be for current and next-generation consoles.