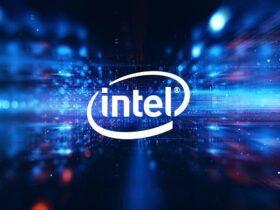 The Wonderful 101: Remastered is a dream come true for many who could not enjoy the title of Wii U. PlatinumGames, then, initiated a process of Kickstarter that cheered up many fans of the video games by its announcement. In this way, the title will now reach multiple platforms, and for what has been revealed it will do so in certain remarkable technical conditions.

Thus, according to a new update of the games Kickstarter page, the resolution and fps of The Wonderful 101: Remastered will be distributed as follows according to each platform:

To play in 4K, however, the only way will be to own a PlayStation 4 Pro, given that even on Steam, the game will run at FullHD.

We must remember, ultimately, that the launch of The Wonderful 101: Remastered for the next month of April will be nothing more than the first step in the ambitious plans of PlatinumGames. Now that the developer has enough stability as a distributor, we will see how it publishes the other three video games after its first revelation, according to its ‘Platinum 4’ project.

The Wonderful 101: Remastered has been the talk of the game this week which has managed to raise $1.3 million on Kickstarter. The Nintendo Switch version was unlocked for $50,000, so there is no question that PlatinumGames is happy with how things are going.