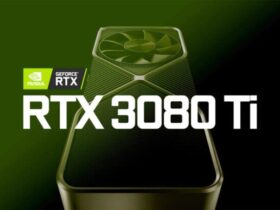 PowerA, the company of different peripherals, has presented another controller for the followers of the Pokemon world, now with the Master Ball Switch Controller as the main protagonist.

Thus, we find a wireless controller for Switch with a design based primarily on the Master Ball to capture creatures in the world of Pokemon. The Master Ball Switch Controller is now available in the US for $49.99 on Amazon. Like the other controllers, this PowerA design uses batteries instead of an internal battery, so the player can use rechargeable or normal batteries, as appropriate.

It is expected that its distribution in Europe will have a similar date and price, although for now there has been no confirmation of the plans for the region.

… Just when we thought our adventure was over, we realize it has just begun! For Step 4, catch this LIMITED RELEASE PowerA Enhanced Wireless Controller for Nintendo Switch – Master Ball while you can! Complete your collection ONLY at Amazon #PokemonDay https://t.co/rw6s8GjQKS pic.twitter.com/BfksvjfTZI

Pokemon Sword and Shield has sold 16.06 million units worldwide between its premiere on November 15 and December 31, 2019. The game for Nintendo Switch is the most successful release of the saga in the last 20 years, leaving approximately one and a half million units of the total sales of the best-selling title series in the last two decades: Pokemon Diamond & Pearl ( 2006) for Nintendo DS, which sold 17.67 million throughout its entire life.

The games released by the fourth generation of Pokemon have sold 17.67 million copies worldwide (not counting its third version, Pokemon Platinum). The only titles in the series that surpass it are Pokemon Red and Blue (Green Edition in Japan) for Game Boy, which since 1996 have sold 31.38 million; and Pokemon Gold and Silver Edition, released in 1999 with 23.1 million copies until they were discontinued.

With Pokemon Sword and Shield, Game Freak and Nintendo will change the tradition of the saga of launching the third version. Switch titles will feature an expansion pass (€29.99) that will offer two extensions to the story, available creatures and game challenges. The first will arrive in June and the second will do so in autumn.