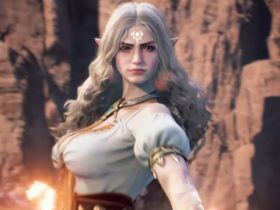 Despite the low profile that Sony Interactive Entertainment has handled in the pre-launch of PlayStation 5, which will take place later this year, the expectation for the new console of PS5 continues to rise and, as expected, some analysts have begun to launch its forecasts for the first fiscal year and Hideki Yasuda has done the same.

According to a report, the sales expectations expressed by Hideki Yasuda, an analyst at the prestigious Japanese firm Ace Research, believes that PS5 will have a good first fiscal year. In that regard, Yasuda said that both PS4 and PS5 will each distribute 6 million units by the end of the current fiscal year, which will close on March 31, 2021.

Likewise, the Ace Research analyst considered that if this trend continues and if the market response is positive, Sony’s new console could distribute, not sell, up to 15 million units by March 2022.

Although there are still not many details about PS5, it is expected that from one moment to another SIE will reveal the official presentation date, something that could happen soon. However, there are also certain doubts about what will happen not only with this console, but with Xbox Series X and Switch distribution this year, as the coronavirus crisis would be threatening the production chain due to the lack of components.

In recent news, some sources claimed that PlayStation 5 launched games will be also available on PS4. On the other hand, Sony has confirmed that the price of its next-gen console is yet to be decided.