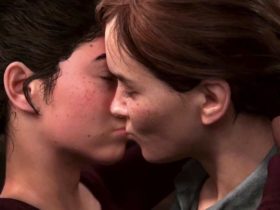 The Last of Us 2: Neil Druckmann Reportedly Blocking Fans Who are asking about The Leaks

It is not a surprise to anyone that everything becomes a business in these times and no matter how delicate the crisis that is going through the coronavirus, it is also subject to profit and in the midst of the restrictions imposed by the Chinese government there are those who are making money with the video game copies. Specifically, a Switch exclusive title, Ring Fit Adventure, is the one that has been in the limelight in this regard.

As you all know, the coronavirus outbreak that has plagued the population in China has led the government of that country to make decisions that include limitations for the public to go in some cities or towns. In the midst of the closure, there are those who have relied on video games to make their stay more enjoyable with Nintendo Switch that has lend itself to play in different ways. However, among the available games, there is one that is the favorite right now, Ring Fit Adventure, and according to a report by Daniel Ahmad, an analyst at Niko Partners, the demands have been such that Chinese sellers and resellers are stocking up copies in other parts of the world to take advantage of the interest in this Nintendo proposal.

Chinese resellers are continuing to buy overseas stock of Ring Fit Adventure in huge quantities to resell in China where the package is currently selling for over $250.

Interestingly, in the middle of this situation, a report from Gamesindustry.biz emerged that indicates that the EB Games store in Australia ordered to limit the sale of Ring Fit Adventure to 2 copies per customer after it was detected that users acquired up to 7 units in a single purchase, which were resold on sites such as eBay or the Chinese Taobao site. Even employees from different branch offices reported that the new arrival of Ring Fit Adventure sold out within 5 minutes.

In that sense, the store reported that it made this decision to avoid the shortage of Ring Fit Adventure in Australia and as a measure to prevent the resale of the game in China. In addition, EB Games reported that copies of the game at its branches began to become limited and the stock is expected to resume until late March or early April.

In recent news, it is feared that the impact will begin to affect the Switch manufacturing and distribution worldwide. On the other hand, the outbreak of coronavirus could delay PS5 & Xbox Series X launches.