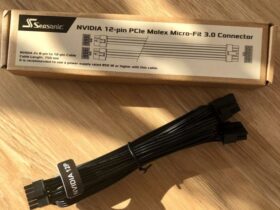 The cancellation of Scalebound is something that continues in the limelight, since the title looked very promising, which is why it is considered as the most fateful project with both PlatinumGames and Microsoft. This is not only thought by fans, but is also believed by Xbox boss, Phil Spencer, who recently confirmed that there are no plans for the return of the project.

Phil Spencer was present at an IGN interview and spoke about how difficult it was to cancel the project. The desire to play this game is still latent in the fans, but Phil Spencer did not have good news, because, although he does not lose hope of seeing it one day, at least it will not be soon, since the Xbox manager confirmed that the game is not on the way.

“We loved some of the ideas that we were trying to do, and obviously we wanted to ship a great game to our customers. We’re not working on it [Scalebound], I’m not at Platinum today but I’m almost positive they’re not working on it. It’s something we’ve all moved past, and it’s not a moment I see as a high-point for me in my role, having to cancel a game that we had talked about for years,” confessed Spencer.

“Yeah, it’s a tough one, because I have a ton of respect for Platnium, (director Hideki Kamiya), the team…and I have felt no ill-will. And we talk to those guys, there’s no animosity between the teams,” said Spencer, who also recalled the cancellation of Fable Legends.

Fortunately, Phil Spencer has learned lessons from these 2 projects that did not come to fruition, since he now has more experience regarding the indicated time to show his plans. “I did some learning around Fable Legends, I did some learning around Scalebound, about being public about things before I kind of know that we’ve got a real believable plan in something I’ve felt in my hands,” Spencer said.

What do you think about the statements of Phil Spencer? Would you like to play Scalebound someday? Tell us in the comments below.