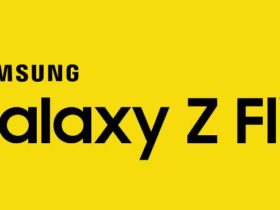 Next Samsung’s Foldable Smartphone Will Be Called Galaxy Z Flip

The launch of Animal Crossing: New Horizons was a huge one in various parts of the world. The case of Japan is undoubtedly the one that has attracted the most attention, since it managed to sell more than 3 million copies of the game in just over a couple of days. Sales continue with great inertia and one of its side effects is an incredible increase in the sales of Nintendo Switch, which recently surpassed a large number of consoles sold.

According to the estimates of Famitsu for hardware and software sales in physical format, in the week from March 23 to 29, just over 280,000 Nintendo Switch consoles sold were recorded, adding up the figures for the 2 models. With this, the current Nintendo console has already managed to sell more than 13 million consoles in Japan, in total there are 13,083,783 units (via ResetEra) that have been sold since its launch in 2017.

Although it slowed its sales pace to less than 50%, the units sold for Animal Crossing: New Horizons is still very high, even when compared to very popular titles, as few manage to sell more than around 300,000 copies. Last week, it managed to sell almost 730,000 more copies, which was added to its debut week to reach the incredible amount of 2,608,417 copies sold.

During the past week, there have been several releases. The most successful was undoubtedly that of One Piece: Pirate Warriors 4, whose versions of PlayStation 4 and Nintendo Switch together surpassed the mark of 130,000 copies sold. Aside from this game, Sniper: Ghost Warrior Contracts, Life is Strange 2, Space Invaders Invincible Collection and DOOM Eternal also debuted, but neither managed to rank within the top 10 spots.

Animal Crossing: New Horizons debuted exclusively on Nintendo Switch on March 20. How many consoles do you think Nintendo Switch will sell in Japan before its life cycle ends, in several more years? Tell us in the comments below.