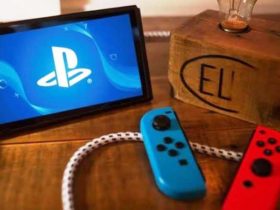 Even if the title has been announced for four years now, the information we have regarding Bayonetta 3 is very minimal. For this reason, many users on the network have often speculated that the PlatinumGames project has been canceled.

Today, the software house finally wanted to clarify the ideas to those who gave up the third chapter of the saga dedicated to the Witch of Umbra.

After being questioned on the issue during an interview with VGC, the director fo Bayonetta 3, Hideki Kamiya, said that all those who have had concerns about the development of the game to date can take them and throw them out of the window.

Here is the full statement of Kamiya:

I’m on Twitter so I see a lot of comments every day. I’m happy that there’s still anticipation for the title, but one thing I would like to address is the trend I’m seeing which is people who are starting to ask if the game has been cancelled. I want you guys to take any concerns you have like that and throw them out the window immediately because we’re still hard at work on it and it hasn’t been cancelled by any means. Please look forward to it!

And waiting to find out more about the highly anticipated Bayonetta 3, we remind you that the latest information released on the title concerns its launch platform. In fact, recently Hideki Kamiya explained the reasons why the title will be released exclusively on Nintendo Switch, and you can find all those details in our previous article here.