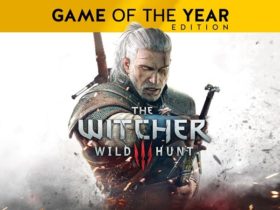 Soon after Nvidia lifted the embargo of the GeForce RTX 3080 graphics cards, board manufacturers began to actively seek people to reach new overclocking world records. The latest news is that overclocking experts have allowed the GPU frequency of the RTX 3080 to be overclocked to 2340 MHz or 2.3 GHz.

Despite the fact that ordinary users cannot buy the GeForce RTX 3080, several overclockers managed to get their hands on the new product. Of course, performance records were not long in coming.

The second result in the Time Spy Extreme Hall Of Fame database was set by MSI GeForce RTX 3080 Gaming X Trio, overclocked to 2160 MHz and it “earned” 10,024 points.

It should be noted that even though these results are record-breaking in themselves, they may soon dropdown. So far, the RTX 3080 SG has already been overclocked to 2340 MHz, besides, overclockers have not yet touched the memory, which promises even greater performance.

Although NVIDIA has equipped the RTX 3080 public version card with a redesigned heat sink, it is still somewhat difficult to achieve excellent overclocking results under the default original factory state.