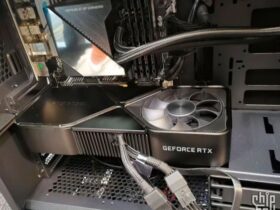 Square Enix, the producer in charge of franchises such as Final Fantasy and Kingdom Hearts, announced that the Trails of Mana demo is now available for PlayStation 4, PC and Nintendo Switch. This action RPG proposes players to plunge into a fantasy universe where they will be able to choose a group of six characters, who must fight against the forces of evil. The title comes as a remake of Seiken Densetsu 3, the game released in 1995 for the Super Famicom console.

The arrival of Trials of Mana to the market is not only a bet on nostalgia for a title that started the RPG journey back in 1995, but also one of Square Enix’s strong titles for this first part of the year. The game will present a story full of fantasy and action, where the player must go through an interesting journey in order to fight against the forces of evil.

For this, the player must choose three characters from the six available to make up its team, something that it can even try at the beginning of each story. However, this will not be all about the choice, since the user will have the possibility to carry out a personality test to see which hero is the best fit for him.

This questionnaire will be made up of questions that have a response limit, so users must respond quickly and instinctively to know which is the best option. In addition, those who are part of the Square Enix Members program and play this demo will receive an exclusive special portrait for the event.

It should be noted that the choice of the main hero will have a direct impact on who will be the enemy in the game. For their part, the allies may also be in charge of changing the course of history, since they will allow or not, to have different conversations or situations.

One of the most interesting questions, as in any RPG, will go through gameplay. Trials of Mana will have real-time combats, in which the chosen hero can be alternated by pressing a button. The companions instead will be handled by artificial intelligence. It will also be possible to personalize the character, either by changing his class or improving his skills.

For their part, those who pre-order the game will receive the Rabite Adornment DLC, which will allow them to earn more experience points from battles that take place up to level 10. This pre-order will also provide an exclusive set of special avatars that will have all six possible protagonists of the game. The producer was also responsible for communicating that all the progress made in the demo will be saved for the full version of the game.

Trials of Mana will release on April 24 on PC, PlayStation 4 and Nintendo Switch.