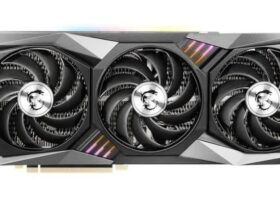 Valorant is the new tactical shooter of Riot Games and has practically monopolized the attention of the gaming sector in recent weeks. The beta of the title, available for free on PC, has attracted millions of players, making record numbers also on Twitch.

The American software house plans to develop different versions of its latest hit which may soon be available on consoles as well. Trevor Romlesky, the lead designer of the American developer, has never denied the possibility of porting the game on platforms other than those of Windows, while confirming the absolute dedication to improving the PC edition.

“Our focus right now is on PC,” lead designer Trevor Romleski said during a recent Twitch interview. “We’re open to exploring new opportunities for other platforms, but for the time being what our current focus is, is on the PC platform.”

Recently it was found out that, in the files present in the closed beta of the title Valorant, precise references to the PlayStation 4 have already been unmasked, with references to Android and iOS as well. So, it seems to be a clear demonstration that the interest in the console version of the game is much more than a simple indiscretion.

Riot Games is ready to spread its works on all available platforms as evidenced by League of Legends: Wild Rift expected both on the flagship of Sony and on Xbox One and mobile. Obviously, in the absence of official announcements from those directly involved, we invite you to consider the PS4 version of Valorant still as a speculation, on which there will be future updates.

From what I found in the strings, I found one for PS4.