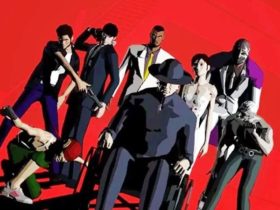 Nintendo Switch users were able to enjoy the Saints Row: The Third game last year. In case you do not remember, a rumor recently emerged about the possible launch of another installment of this franchise to the hybrid console. If you are a fan of this saga, we have excellent news, because the information turned out to be true. So, in a few more weeks you can add Saints Row IV: Re-Elected to your Nintendo Switch game collection.

According to the details, the game will be released in its Re-Elected edition on March 27. The port will be offered in physical and digital format for a price of $39.99 USD. The package will include the base game and all its downloadable content. Below I leave a video of the version for Switch:

If you plan to acquire it in digital format in the eShop, take into account that the title will occupy 7 GB of space. In case you don’t know, we would like to tell you that Saints Row IV originally debuted for PlayStation 3, Xbox 360 and PC in August 2013.

Later, in early 2015, its edition Saints Row IV: Re-Elected arrived on PlayStation 4 and Xbox One. On the other hand, we remind you that a new installment of the series is already in development, but we will have to wait a few months to get more information on it.